This page is intended to be a professional portal and a (largely) static archive of my past journalistic work. Future projects will be archived here on an ad-hoc basis. My CV and current professional activities can be found here.

I was based in Yangon, Myanmar from 2012 until mid-2016, when I relocated to London. The vast majority of my work was dedicated to investigating and documenting this turbulent and fast-changing period in Myanmar’s history, with its tentative steps towards democratisation, ethnic and religious discord, and commercial interests – both foreign and domestic – looking for their share of the spoils.

I was formerly the deputy editor of Frontier Myanmar, a weekly magazine focused on current affairs and business.

Before joining Frontier, I was the Myanmar correspondent for The Edge Review, and reported for the Democratic Voice of Burma from 2013 to 2015.

In June 2014, my work with The Edge Review was awarded the 2014 Excellence in Human Rights Reporting award by the Society of Publishers in Asia, part of a package on Buddhist nationalism in Southeast Asia.

My work has also appeared in The Atlantic, The Independent (UK), The Diplomat, The Christian Science Monitor, and other regional and international publications.

Cover: A child wearing thanakha, a traditional form of makeup in Myanmar made from tree bark, at Say Tha Mar Gyi IDP camp near Sittwe, Myanmar, on May 26, 2015 (Alex Bookbinder).

Three years ago, Rakhine State – the coastal region where Myanmar meets Bangladesh – was struck by violence that largely targeted Rohingya Muslims. In the wake of the clashes, more than 140,000 Muslims were left homeless and destitute. Most of the displaced came from the state capital, Sittwe, and that city’s erstwhile Muslim residents have been resettled in underserviced, Spartan camps, lacking adequate food and healthcare. They are forcibly separated from the rest of society, echoing Apartheid-era South Africa.

The Rohingyas were the target of intense government persecution long before the violence. Most are stateless under Myanmar’s harsh 1982 citizenship law. Myanmar refuses to refer to them by their chosen name, officially dubbing them “Bengalis” owing to their cultural and linguistic affinities with populations across the border, despite the fact that many can trace their ancestry in the region for generations.

Camp residents are not afforded freedom of movement, making it impossible for them to seek out livelihood opportunities and better conditions elsewhere in Myanmar. The privations of camp life have prompted a mass exodus by sea, with tens of thousands of Rohingyas seeking out safe haven in Muslim-majority Malaysia since 2012. But their passage was facilitated by predatory human traffickers, who held them for ransom or sold them into slavery outright in many cases. The discovery of mass graves at trafficking camps along the Thai-Malaysian border in early May has prompted an intensified crackdown on Southeast Asia’s modern-day slave trade, but the dire conditions at home – and ongoing persecution by the government – continue unabated. 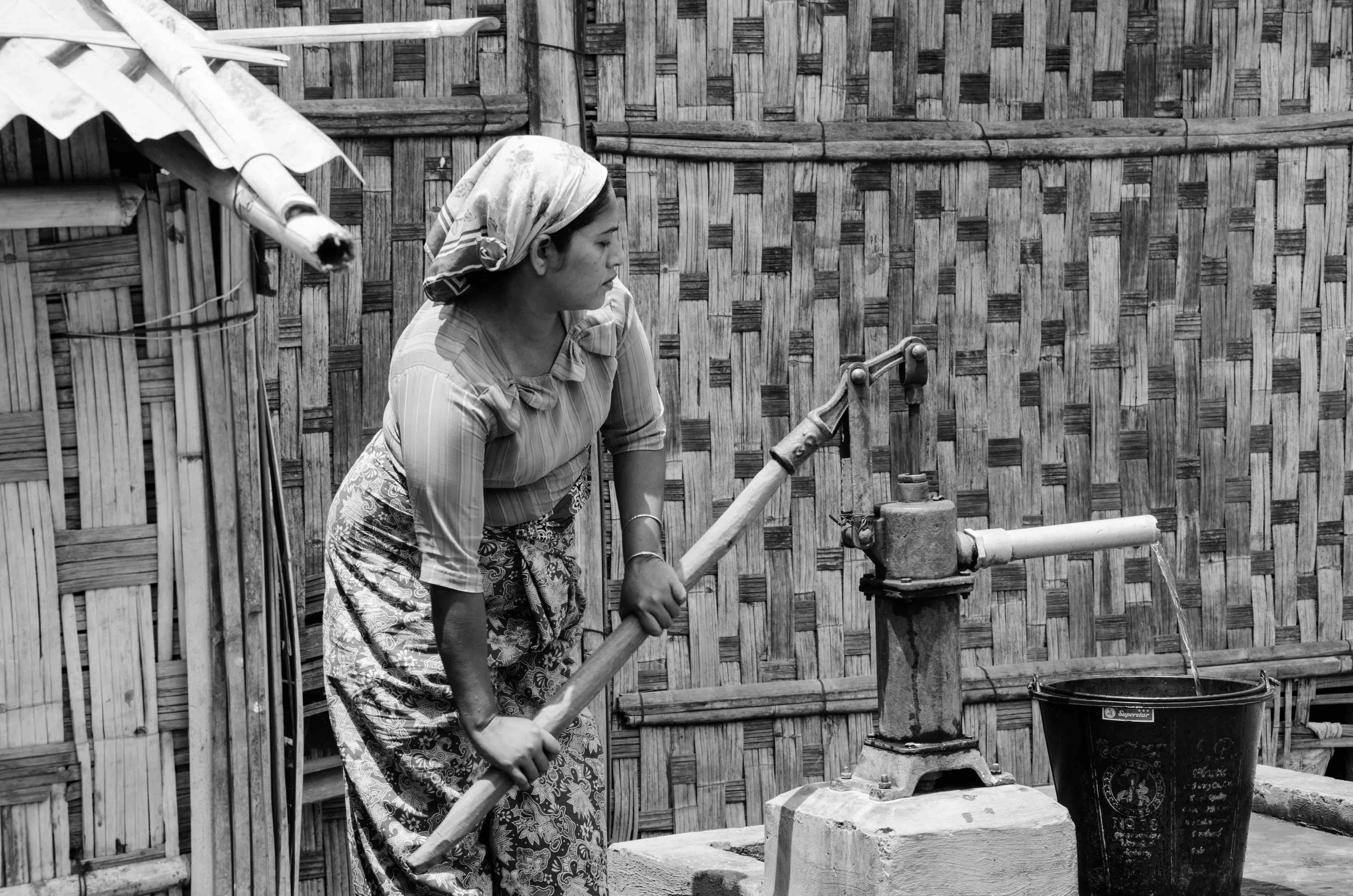 A Rohingya woman pumps water from a communal well in Ohn Daw Gyi IDP camp, near Sittwe, Myanmar, on 27 May 2015. 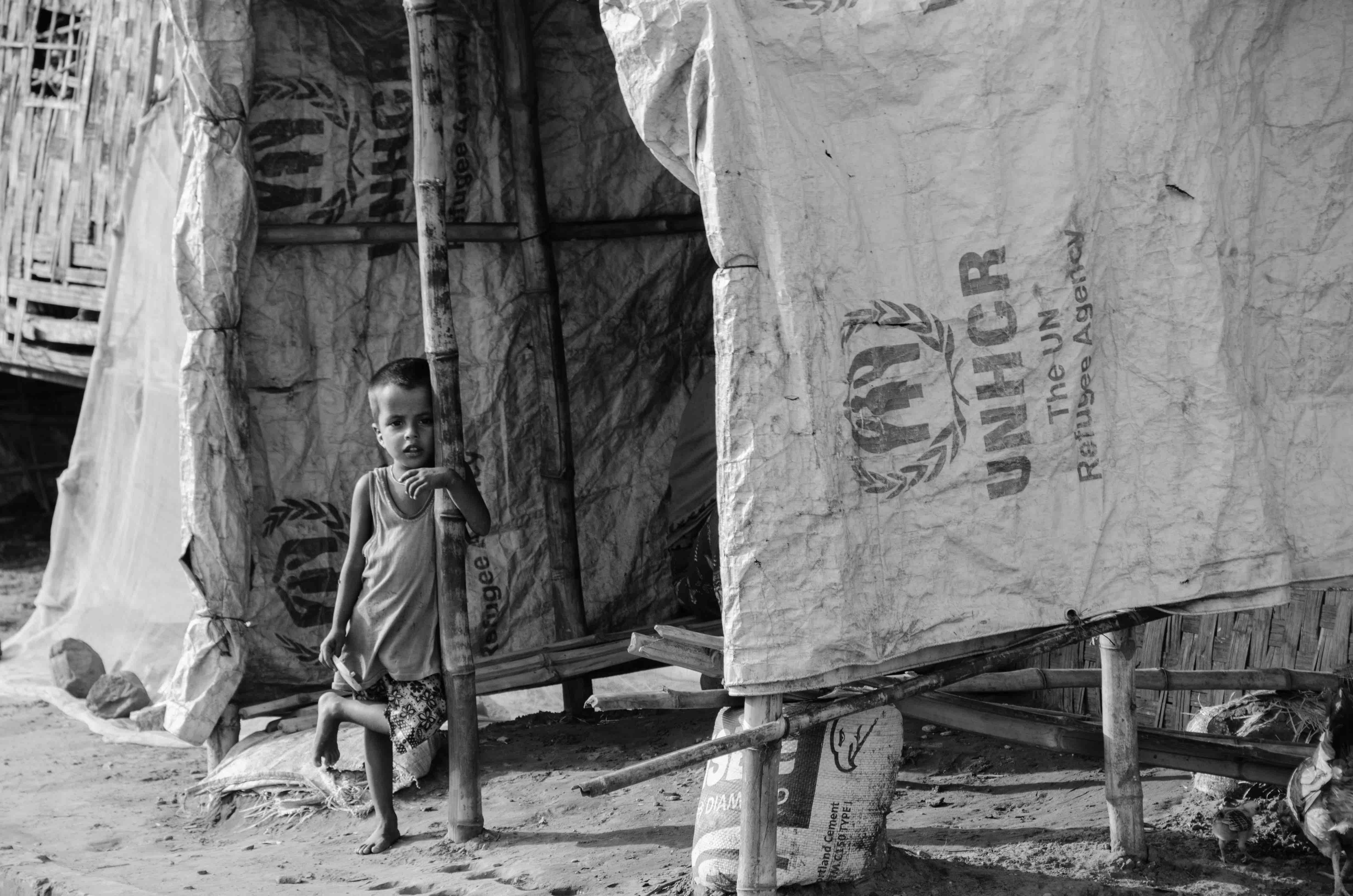 A young boy stands outside an ad-hoc shelter constructed from bamboo and a tarpaulin provided by the UN refugee agency, in Say Tha Mar Gyi IDP camp, near Sittwe, Myanmar, on May 26, 2015. 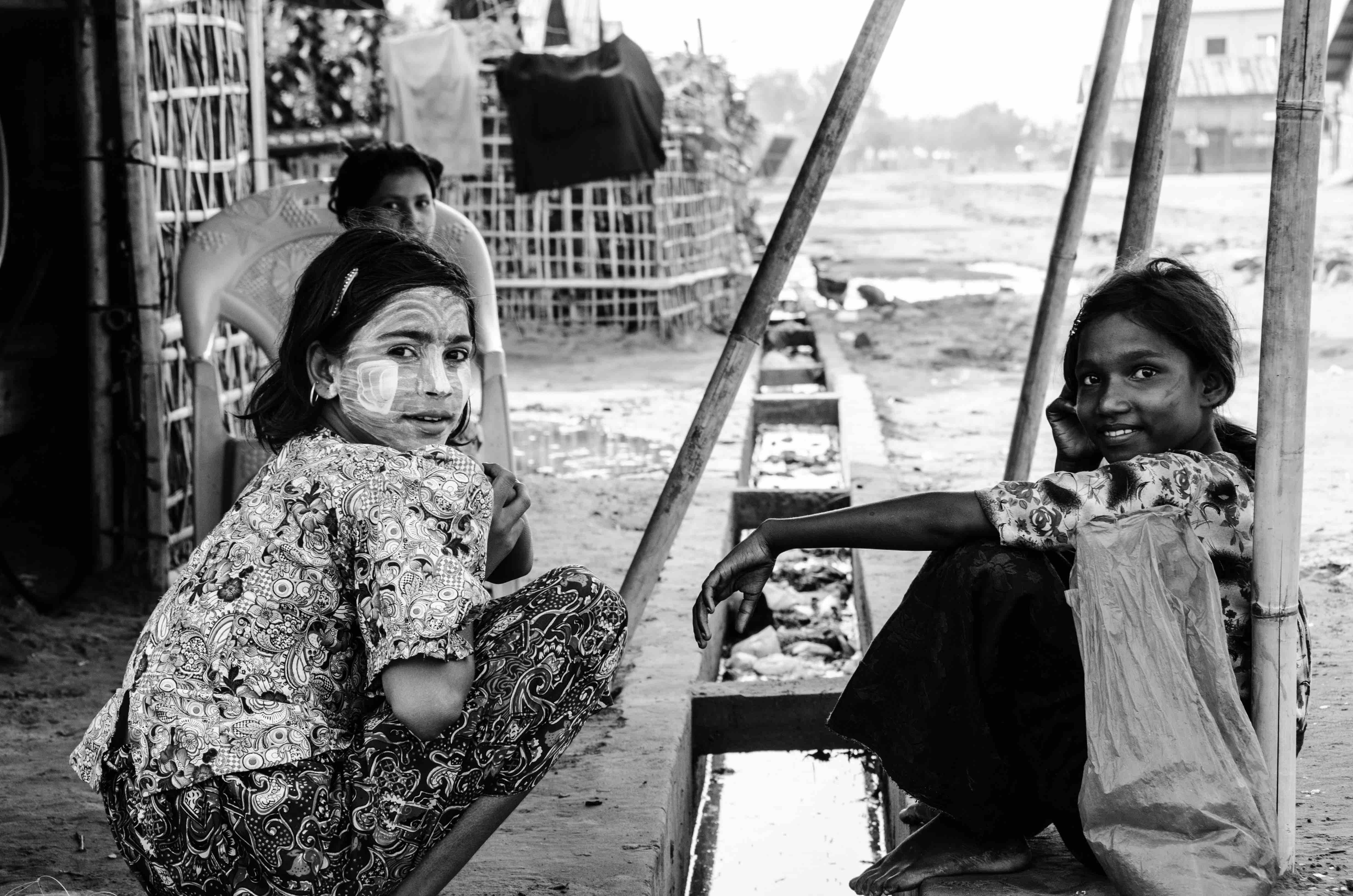 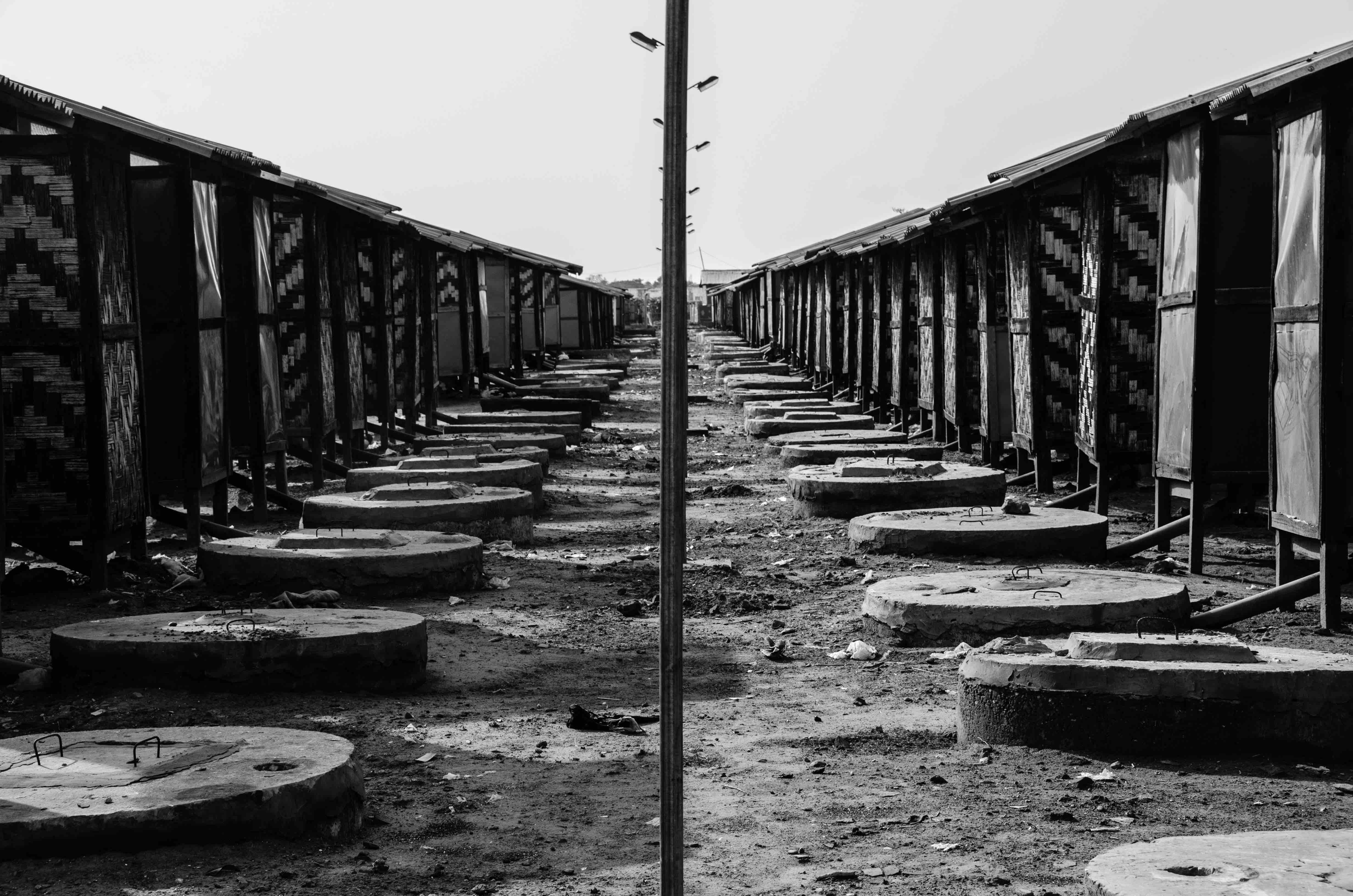 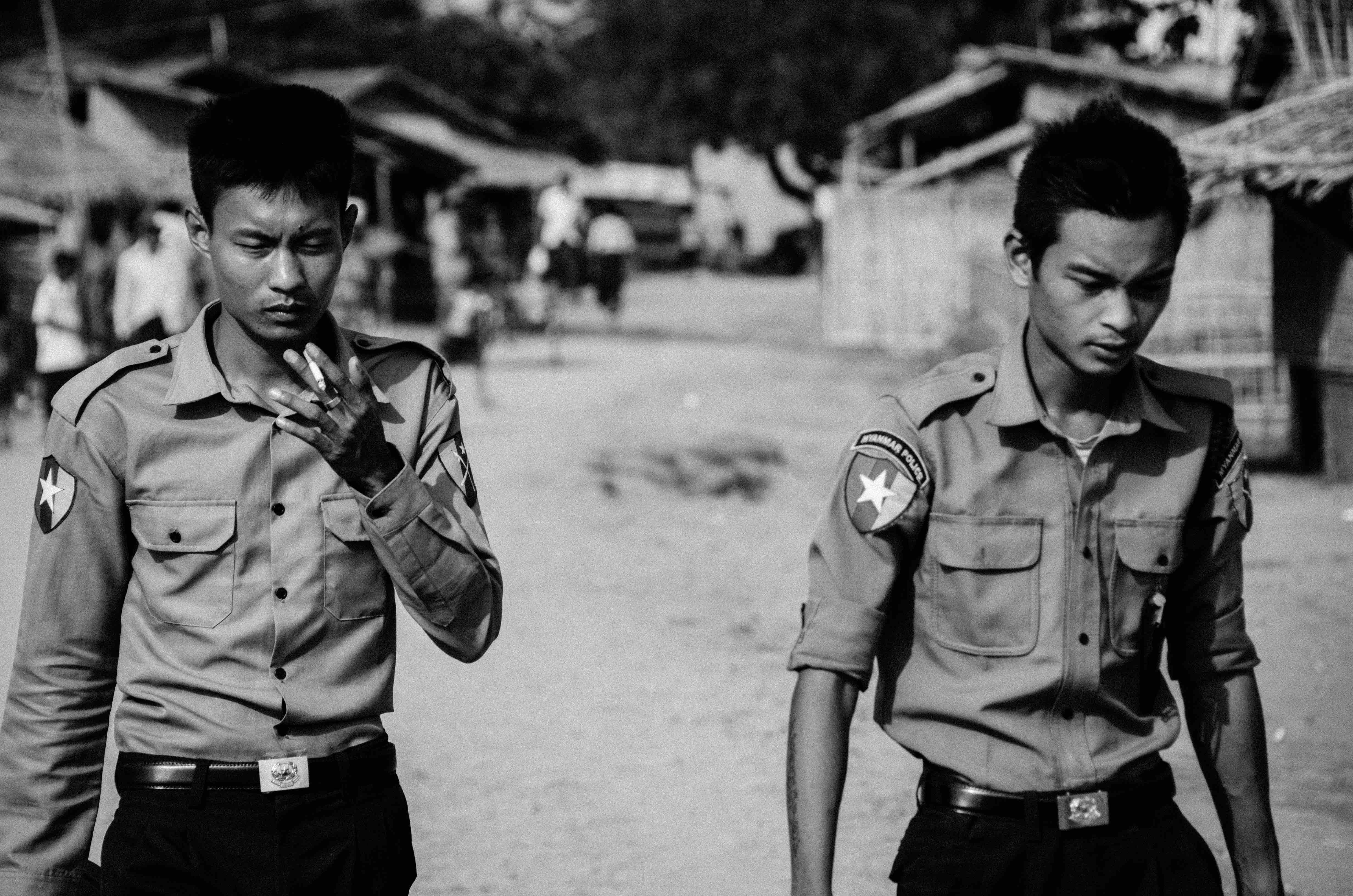 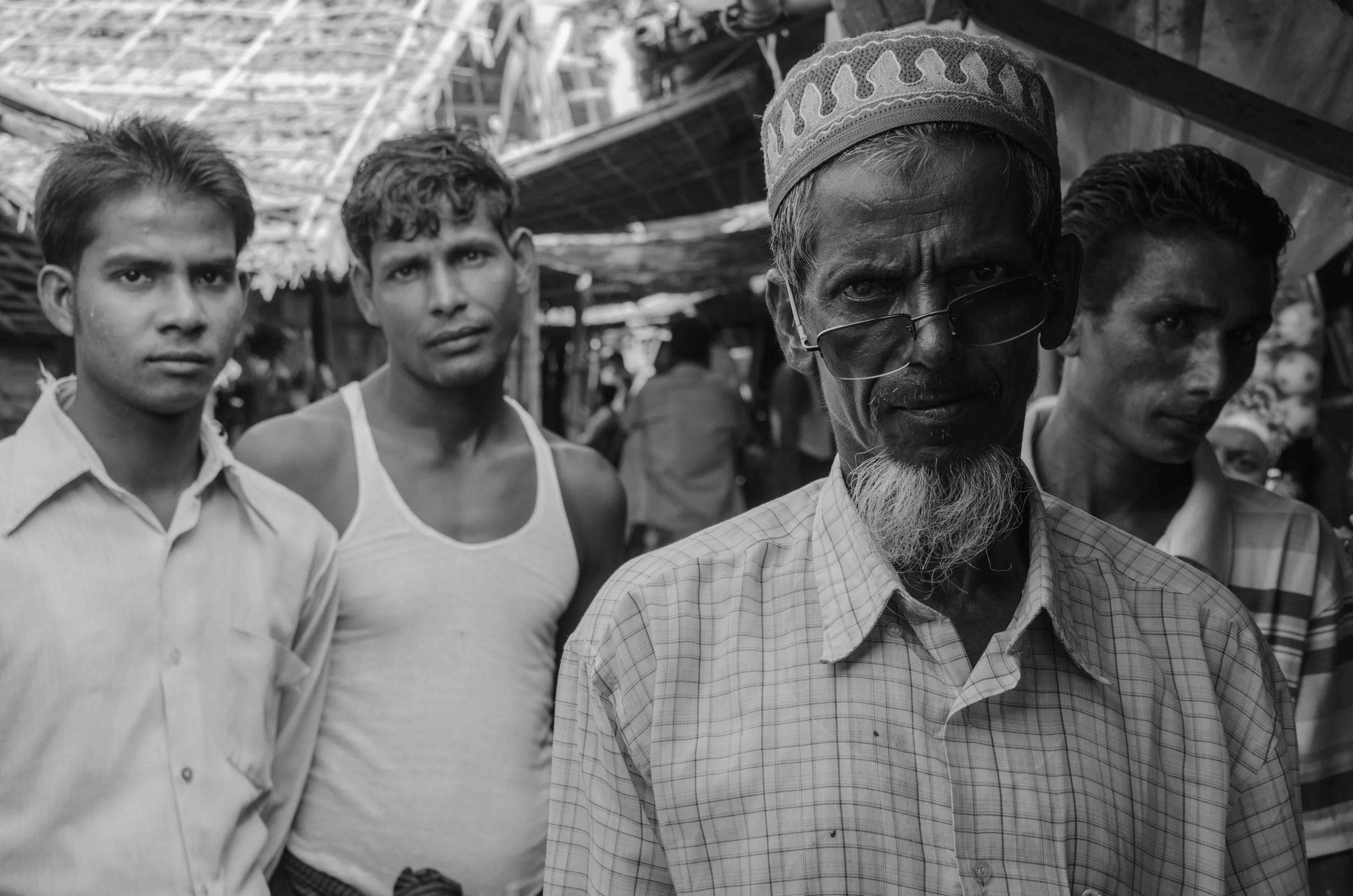 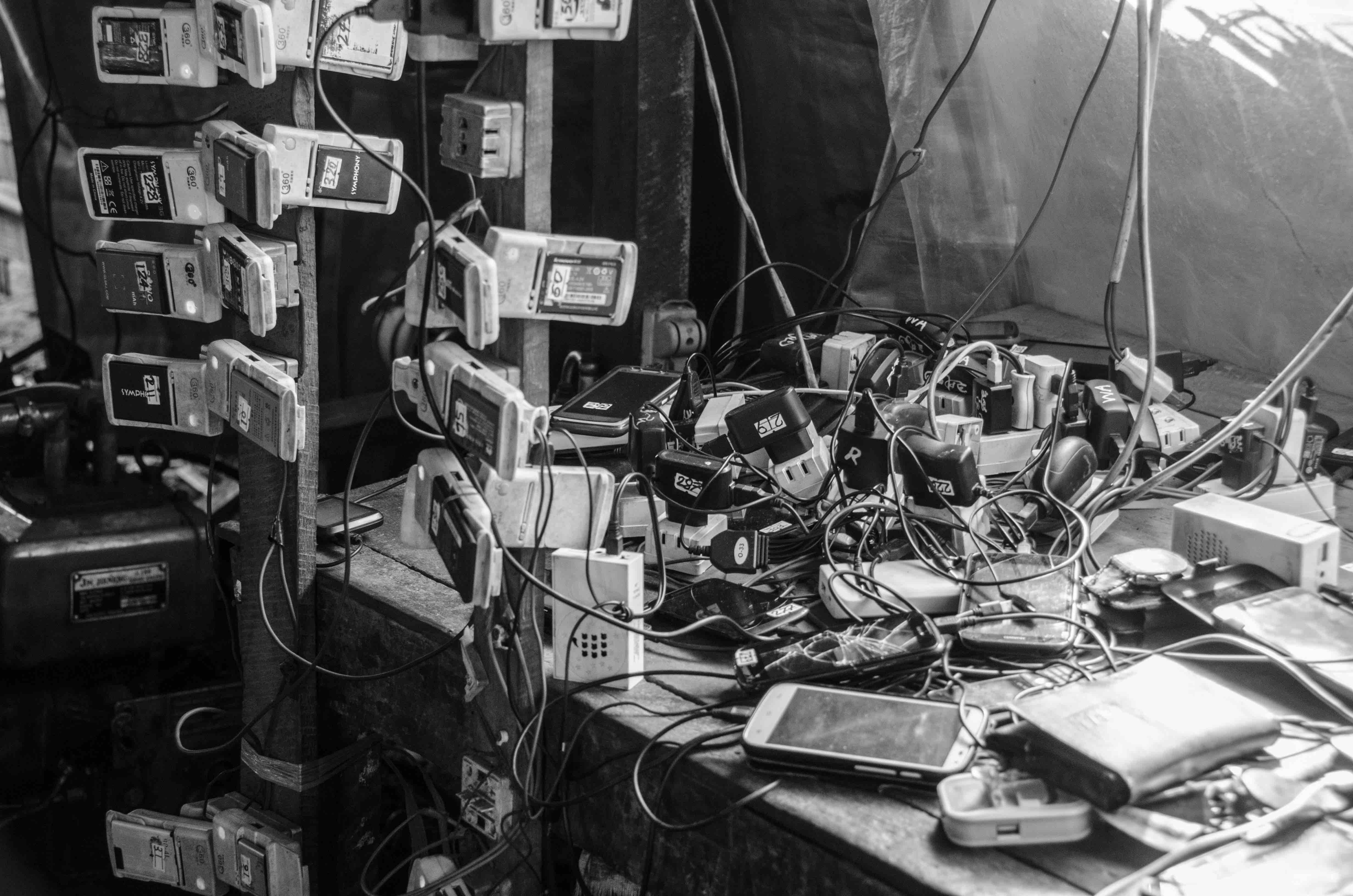 A mobile-phone charging shop in the market at Say Tha Mar Gyi IDP camp, near Sittwe, Myanmar. Most of the displaced, primarily Rohingya Muslims, have no access to electricity or running water at home. 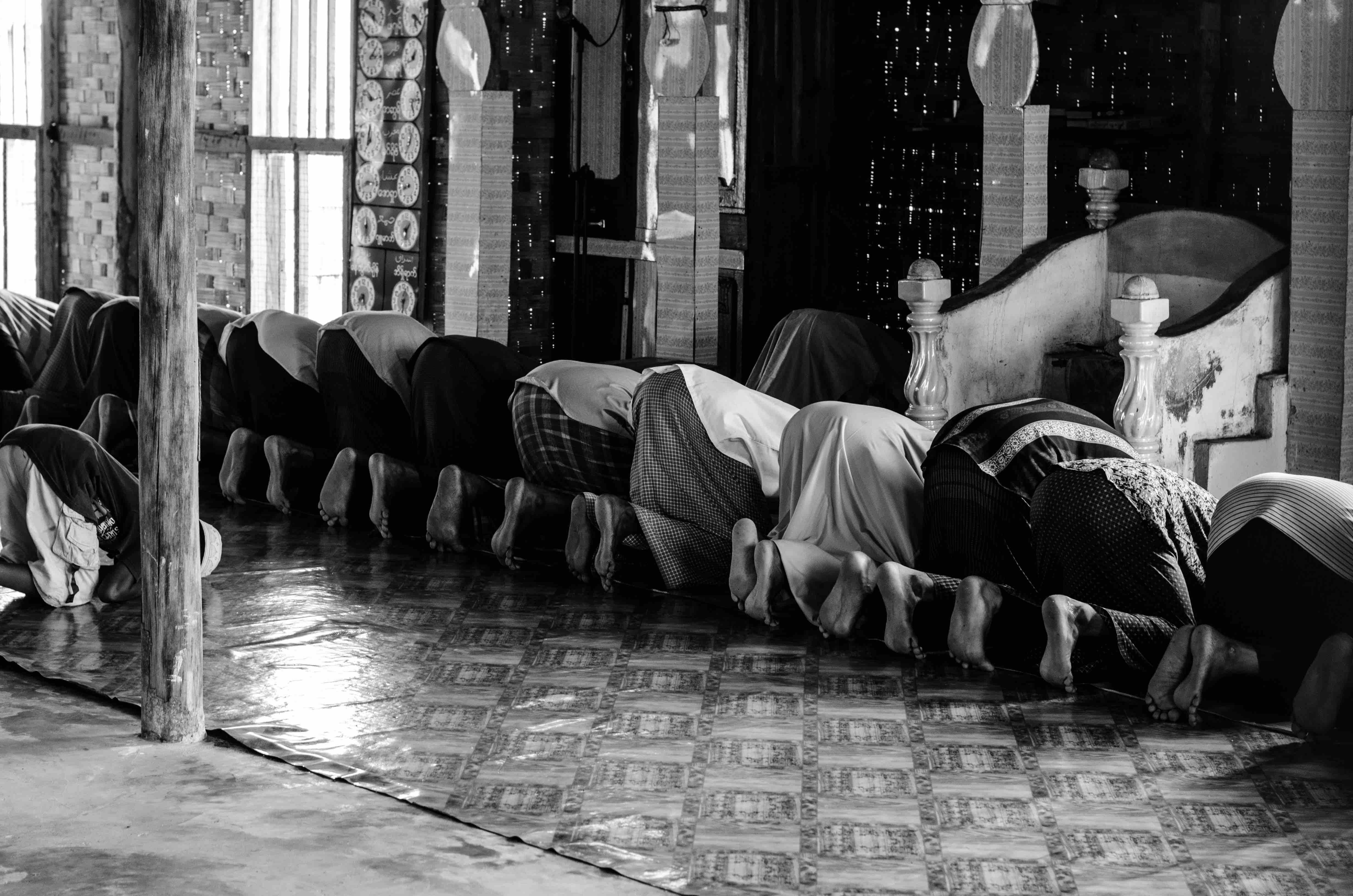 Afternoon prayer at a mosque in Thet Kae Pyin IDP camp, near Sittwe, Myanmar, on May 26, 2015 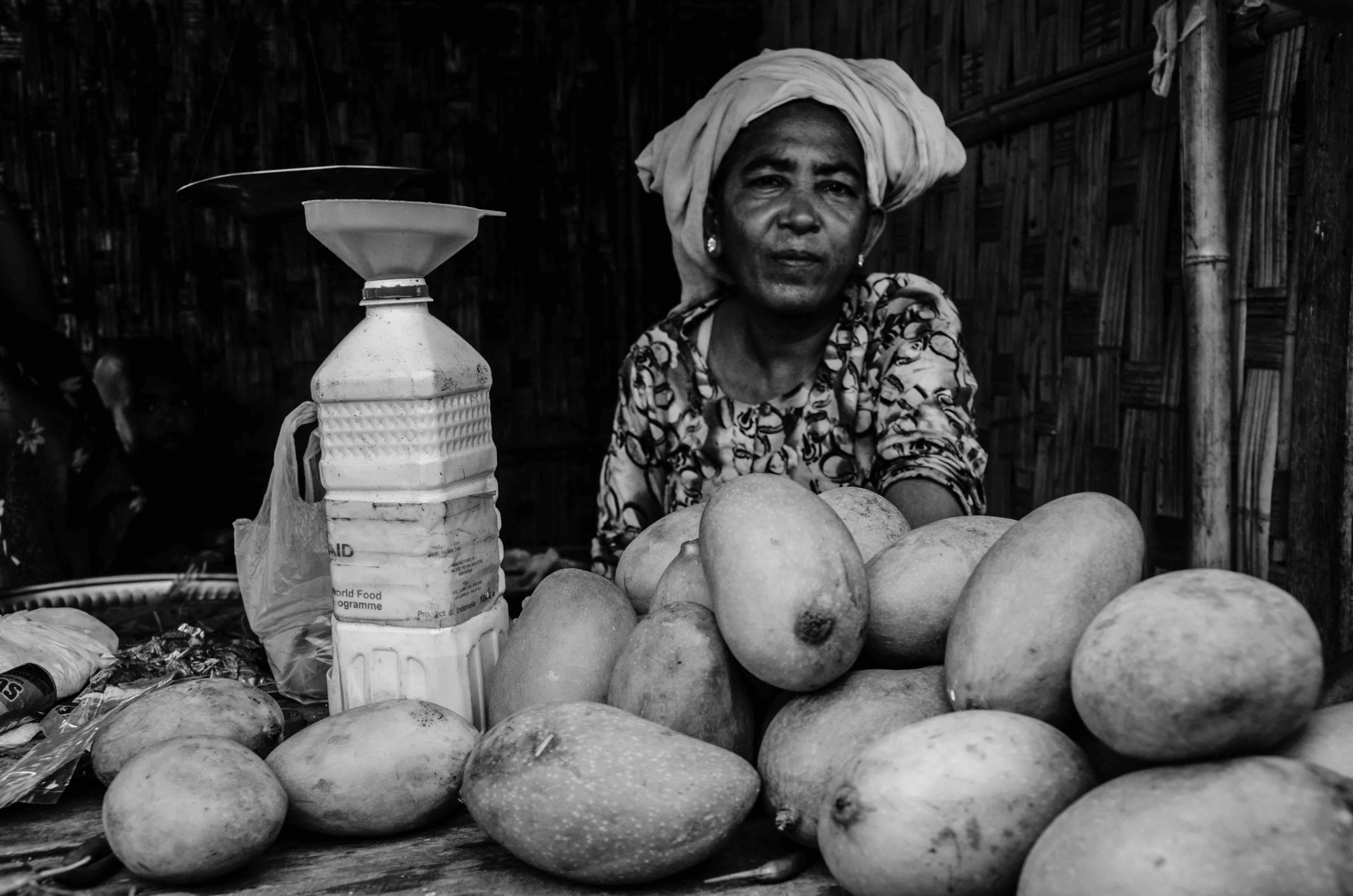